The present rugby club was not the first to represent Cirencester; there was a town team that played between 1871 – 1889. The team then evolved to become the current local town football club.

The present club was an idea first mooted to the public, put in the local Standard paper. Obviously there was a serious response and as such things moved forward with the result of a meeting at The Beeches on Thursday 27th August 1949. Presided over by Mr Gordon Glynn, it was here that the idea of a rugby team was seriously discussed. It was Mr Glynn who was the prime person responsible for the organisation of forming the present club.

The meeting was attended by about 20 prospective members and it was made known that several clubs were interested in fixtures with a future club. A further meeting was then held at the Nag's Head on Tuesday 1st November where they discussed team building and fixtures and were already looking for a ground to play on in the town, as they would have to borrow facilities for the immediate future.

On the 21st November at The Beeches with Mr Gordon Glynn presiding, the club was formally named and Major P.M.S Gedge, headmaster of Cirencester Grammer School and former Scottish International, was asked to be the club's chairman. Although he wasn't present he’d accepted the chairmanship.

The first committee was formed as follows: Mr.E.P.Foster - honorary treasurer, Mr.G.Glynn - honorary secretary with Mr.R.Mason and Mr.I.Bannister. The Nag's Head at the junction of London Road and the Waterloo, was formally the club's headquarters.

The Nag’s Head was demolished in the 1960s when the Waterloo was widened for the housing development and car park. The club had secured the use of the R.A.F.South Cerney's and the Royal Agricultural College's ground for matches, they would use the showers at the Grammar school after matches.
One of the principal founders was Major P.M.S.Gedge, Headmaster of Cirencester Grammer School from 1945 -1950, had played one international versus Ireland in 1933-4 season, although he had been reserve for the Scottish team in the 1932-3 season. 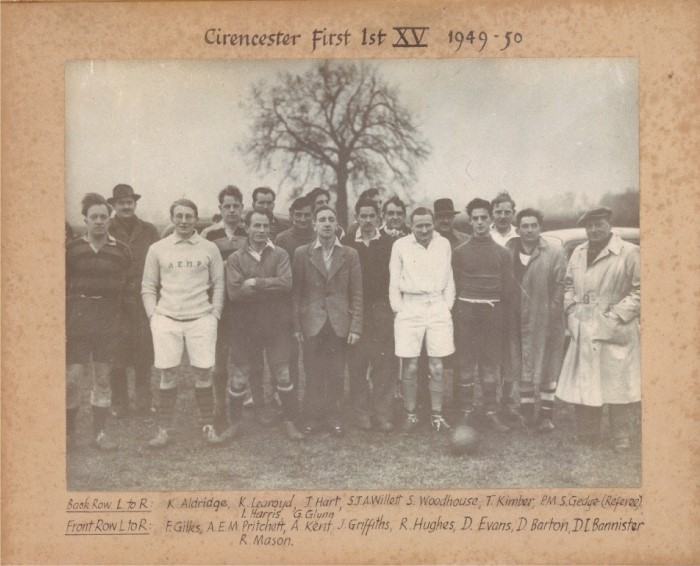 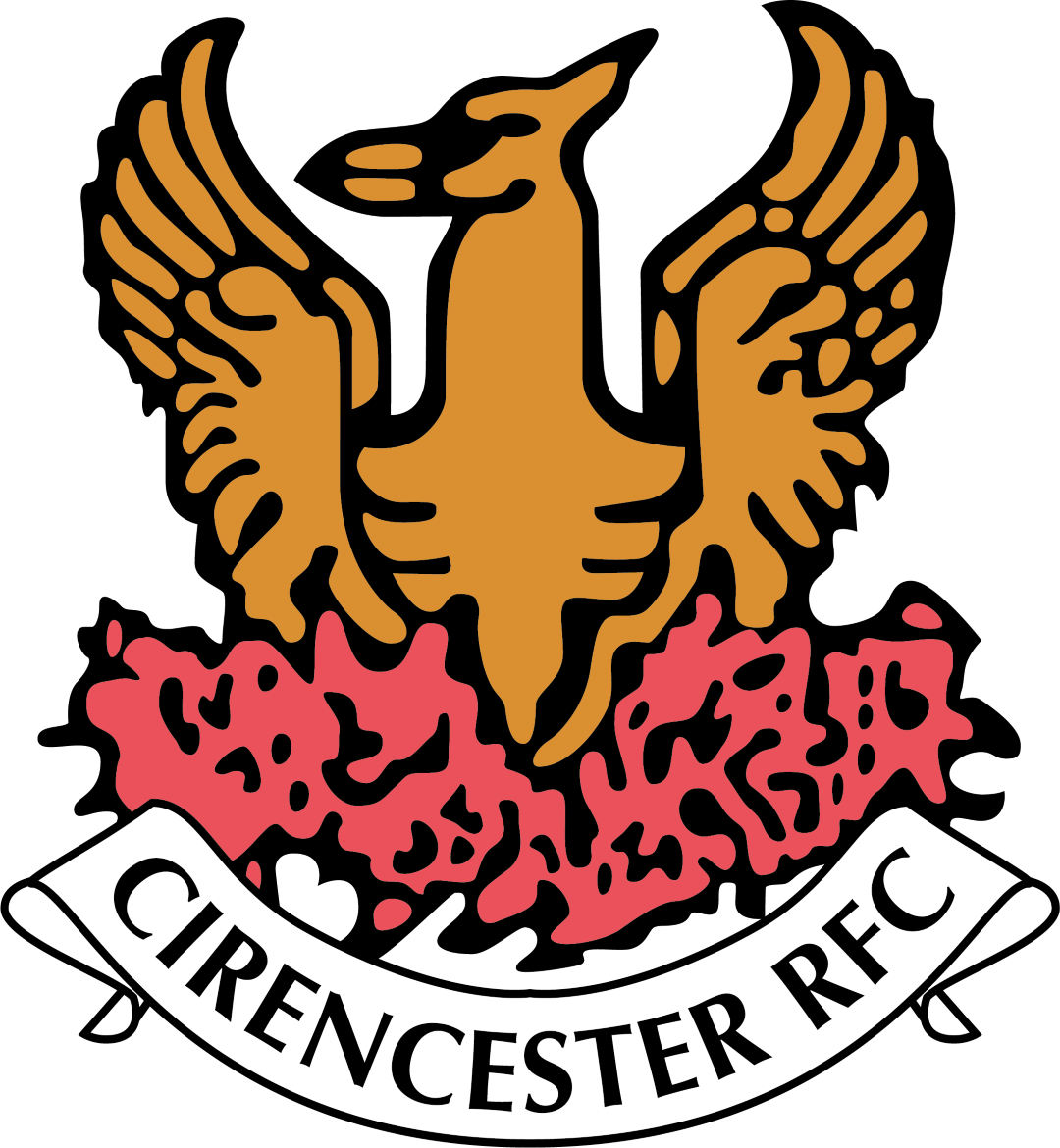 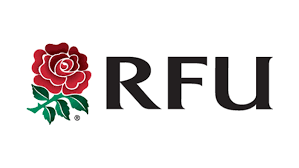 A trial game was held on the 3rd December at the South Cerney’s R.A.F. ground and this was followed the next Saturday, 10th December 1949, by a match against a R.A.College XV. This was called the ‘A’ team although it was their 2nd XV. It was played at the R.A.F.'s ground. The final score was 6 points to 3 in favour of the R.A.College. R Riley (not in photograph) scored the club's first and only try and Major Gedge refereed the game, which had a small crowd in attendance to support.

The club eventually found a ground for the following season and home matches were played at Siddington Road in a field that is now a Caravan Park. By coincidence it was where Mr. "Mucker" Mills, father of Steve Mills a Cirencester member and an England International Hooker built his house.

The Players moved to The Whiteway in 1953-54 where they erected a Nissen Hut acquired from Aston Down Aerodrome. This contained a sunken bath big enough to hold at least a dozen players and which took quite a bit of filling. Nobody seemed to mind the gradual build-up of "deposit" because it was in baths such as these that Rugby Songs were sung with gusto for at least 15 to 20 minutes after each match.

The Barn was refurbished in the mid 70's to be the main bar for the club. The showers and changing rooms extension were built in 1981 when Steve Mills performed the opening ceremony. The further extension was started in 1995 and completed 2 years later. You will be interested to know that the two pitches were made up to that level by Club Members, quite an undertaking. A lot of spoil from the local inner ring-road was used to level up, what is now, pitch 3. The training area used to be the delightful Stratton Cricket Club’s ground and that our Kit Store was the pavilion. With a third pitch being created in 2008 by the RFU it was then evident with 3 pitches the club could really do with a further two changing rooms. The Chester-Master suite and changing rooms was built in 2013. This completed the structure of the present clubhouse but is now an on-going exercise of enhancing and improving the facilities. Cotswold District Council improved the parking facilities in 2020.

On the playing side the club had regular fixtures with many clubs, some through personal links to colleges and clubs, others within the general area. This continued for about the first ten seasons with the club playing at a moderate standard. In the early 1960s it was decided to try and encourage a higher standard of game to the club and to this end a rather useful player from Gordon League was recruited to play. George Hands came to the club in 1968 and the club evolved into a locally high standard club.

The club had been on tours for many seasons, firstly to France in 1956 and this carried on for many seasons. The high point was in 1973 when an ambitious tour of the USA took place. Probably a tour never to be repeated. With the club in a buoyant mood the playing standard was also high, with many players of a high standard in the ranks. One of which Steve Mills went on not only to play and successfully captain Gloucester, but also to win England caps. Other notable players to have played for England at a senior level have been Neil McCarthy and Henry Trinder. 1982-3 season was possibly the pinnacle of play at the club when a clean sweep of all local trophies was achieved. It was during this period that the club fielded three teams regularly and on some occasions five teams were in action!! The club, like many others settled to put out two teams on a regular basis in more recent times with the club bobbing between the Gloucester Premier and First Division but were RFU Senior Vase Divisional Winners in 2009-10.